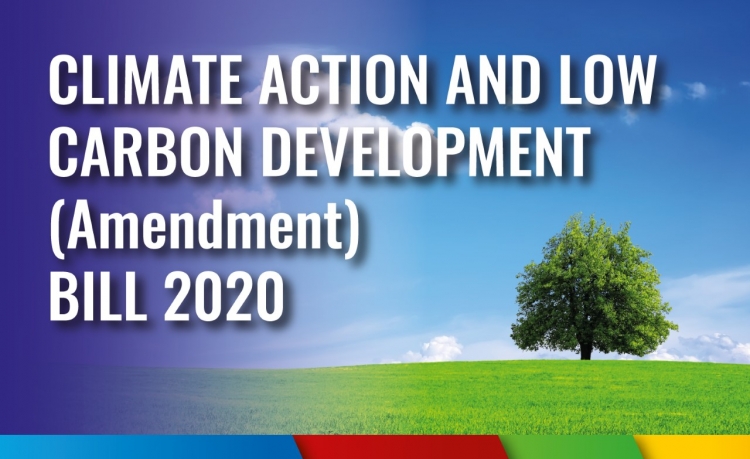 The Government has published the draft text of the Climate Action and Low Carbon Development (Amendment) Bill 2020. The Bill aims to set the country on course to become climate neutral by 2050. The key features of the Bill are:

• Putting our 2050 climate target in law

• Carbon budgets including a provision for setting sectoral targets

• New oversight and accountability by Oireachtas

However, it is somewhat significant that there is no mention of a ban on diesel or petrol cars from 2030 nor the importation of second-hand petrol and diesel cars from that date. Previously there had been a commitment in the Programme for Government that they would “legislate to ban the registration of new fossil-fuelled cars and light vehicles from 2030 onwards and phase out diesel and petrol cars from Irish cities from 2030.” It will be interesting to see the political fallout from this decision as the Bill is debated and progresses through the Oireachtas.

Government is hoping that the Bill will provide a clear and important signal to the economy, to businesses, farmers and to communities that climate action will drive investment, to allow the country to reach our climate targets, stimulate job creation and provide a safer and healthier environment for all.

The Bill draws on recommendations of the cross section of Irish people who took part in the Citizens Assembly on Climate, as well as those of a Joint Oireachtas committee on Climate Action. It is also a cornerstone of the Programme for Government and was identified as a priority for legislation.

The Bill legislates for a net-zero greenhouse gas emissions by 2050, through a ‘National 2050 Climate Objective’ – that the State will pursue the transition to a climate resilient and climate neutral economy by the end of the year 2050. A climate neutral economy means a sustainable economy where greenhouse gas emissions are balanced or exceeded by their removal. The Bill also establishes a system of successive carbon budgets starting in 2021. Carbon budgets will include all greenhouse gases. Each five year carbon budget will allocate emissions ceilings to all relevant sectors (known as ‘decarbonisation target ranges’).

A graduating carbon budgetary process, and sectoral decarbonisation target ranges will provide a clear signal and pathways to drive future investment, allowing the country to reach our climate targets and stimulate job creation in new sectors such as retrofitting and renewable energy, the circular economy, clean mobility, green and blue infrastructure, sustainable agriculture and the bio-economy.

Other New Elements in the Bill

The Bill also provides for annual revisions of the Climate Action Plan and the development of a National Long Term Climate Action Strategy at least once every ten years.

The Bill will also ensure greater climate action at regional and local level, with local authorities required to develop five year Climate Action Plans with mitigation and adaptation measures included. The Minister will request such a plan within 18 months of the enactment of the Bill, and not less than once in every five year period going forward thereafter.

The Climate Change Advisory Council has a strengthened role to advise and propose carbon budgets to Government. The Bill also ensures that future Council membership will include greater gender balance and increased scientific expertise.

Key elements of this new strengthened statutory framework will include:

 Establishing a 2050 target in law – known as the ‘national 2050 climate objective’ by committing to climate neutral economy.

 Introducing a legal requirement for Government to adopt a series of three successive, economy-wide carbon budgets and decarbonisation ranges for each relevant sector.

 Strengthening the role of the Climate Change Advisory Council, enabling it to propose appropriate carbon budgets to the Minister.

 Providing an opportunity for an Oireachtas Committee to consider the Government’s recommended carbon budgets as part of the approval process for carbon budgets.

 Prepare at least once every ten years a National Long Term Climate Action Strategy which will specify how we will achieve the 2050 objective.

 Improved accountability arrangements with a greater role for the Oireachtas – Ministers will have to give account for their performance towards sectoral targets and actions before an Oireachtas Committee each year.

 A requirement for all Local Authorities to prepare individual Climate Action Plans which will include both mitigation and adaptation measures – Minister to request within 18 months of the enactment of the Bill, and not less than once in every five year period going forward.

 The Bill creates a national emissions reduction target – the ‘national 2050 climate objective’. It is a commitment to transition between now and 2050 to a climate resilient and climate neutral economy by the end of 2050.

 The definition of ‘climate neutral economy’ provides that by 2050 all greenhouse gases in Ireland are balanced or exceeded by removals.

 The draft Bill outlines that the government will adopt a system of carbon budgets as part of a programme of three five-year periods calculated on an economy-wide basis, starting with the periods 2021 to 2025, 2026 to 2030, and 2031 to 2035.

 The Climate Change Advisory Council (CCAC) will propose a programme of three, successive carbon budgets to the Minister.

 Carbon budgets are presented to the Government and then the Houses for consideration and approval.

 The Minister will prepare sectoral decarbonisation target ranges for each relevant sector within the ceiling of the carbon budget.

 Both Houses have a role in the development and approval of carbon budgets.

 Ministers will be accountable to an Oireachtas Committee on Climate an annual basis to give account on performance against the targets.

 Ministers will have to attend the Committee and respond to any recommendations within three months.

 A National Long-Term Climate Action Strategy will be prepared once every ten years and may be updated every five years if necessary. It will specify the manner in which it is proposed to achieve the national 2050 climate objective.

 The Advisory Council will have an important new function of proposing economy-wide carbon budgets.