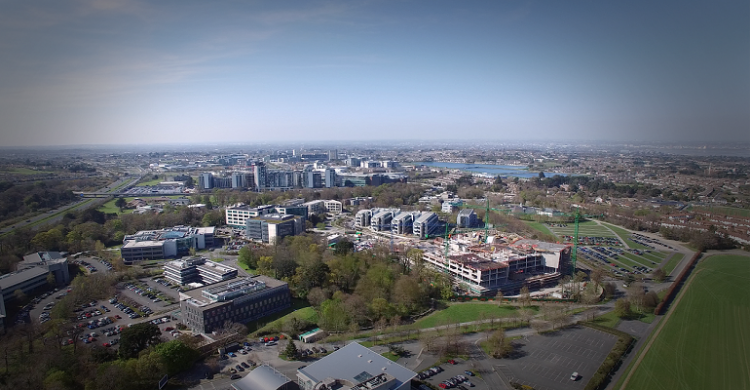 Google is set to expand its Irish operations further with a planned move to offices in Sandyford Business District (SBD) in south Co Dublin. Google will be neighbours with other multi-national tech companies such as Microsoft, Vodafone, Salesforce and indigenous rising star Cubic Telecom.

SBD has 1,000 companies and a highly-skilled and talented workforce of 25,000 and is a leading location for Pharma and FinTech HQ’s including Bank of America Merrill Lynch, DCC, RBS and ICON. AIB recently announced its acquisition of new SMART offices in Central Park which will be a Centre of Excellence for Digital Innovation for 1,600 of its personnel.

Sharon Scally, Chairperson of SBD, commented ‘The Sandyford Business District is recognised as Ireland’s premier business district and Google’s decision to open it’s newest offices is testimony to the availability of highly qualified talent, award winning infrastructure and extensive lifestyle offerings in the district. We look forward to welcoming Google and integrating them with the established networking services of the SBD’.