Government has provided further details surrounding the changes to the pandemic support schemes against the backdrop of revised health restrictions announced on Tuesday.

Government is hoping that the changes will ensure that, to the greatest extent possible, as many employees can retain the link with their employer, allowing them to return to the workforce at the earliest opportunity, and to give businesses the greatest chance of getting through the coming weeks.

In relation to PUP, the Government has now introduced a fourth rate of payment for people whose gross earnings were €400 per week or higher prior to the pandemic. They will now receive €350 in their PUP payment each with the rate change taking effect for all new applications received since Friday, 16th October. Existing PUP recipients who previously earned more than €400 per week will have their PUP rate automatically increased and will receive the higher rate of €350 in next week’s payment run. The other three rates of PUP payment (€203, €250 and €300) remain unchanged. New applicants are being urged to apply online at www.mywelfare.ie . The PUP payment has now been extended to next April.

Government has also announced that the rate of subsidy provided under the Employment Wage Subsidy Scheme (EWSS) has been revised to better support businesses dealing with Covid 19 Level 5 restrictions. Broadly, the EWSS rates will be aligned with the rates of payment under PUP, up to €350 per week, effective from the next payroll date after 19 October, as set out below.

Where the Covid Restrictions Support Scheme is concerned the qualifying turnover criteria for application to the scheme is now 25 per cent of the turnover for the corresponding period in 2019. This will allow more business to access this support.

Minister Donohoe has explained that the Employment Wage Subsidy Scheme is being enhanced, with a maximum rate now payable at €350, bringing it in line with revisions that are being made to the Pandemic Unemployment Payment. The objective of this move is to minimise the risk of migration from EWSS to PUP during enhanced level restrictions. To the maximum extent possible, the aim is to have as many as possible of the 350,000 employees currently on EWSS retain their link with their employer rather than become unemployed.

Government is estimating that increased spending on the enhanced Pandemic Unemployment Payment (PUP), Employment Wage Subsidy Scheme (EWSS) and the new Covid Restrictions Support Scheme (CRSS) combined with falls in tax revenue over the next 6 weeks could amount to a further €1¼ billion, on top of what had already been provided for. This will bring our deficit from -6.2% of GDP to -6.5% for 2020. 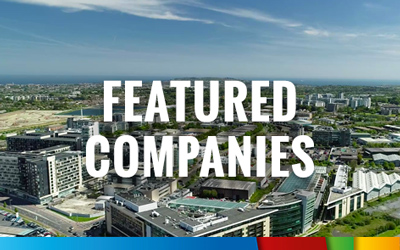